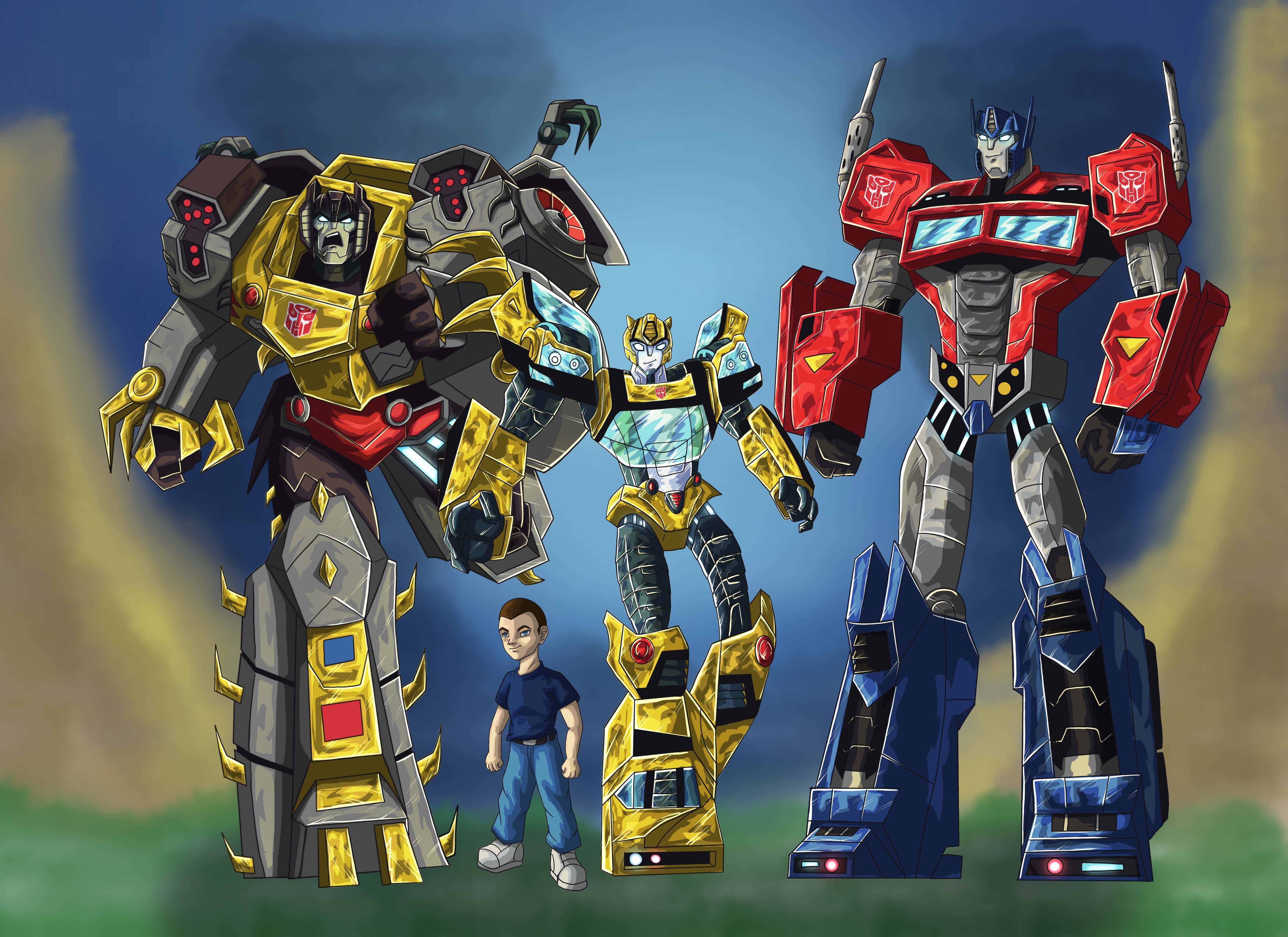 So This Illustration is a special episode as its a Birthday Commission and I will be drawing transformers in the video. Grimlock, Optimus Prime, and Bumble Bee are the 3 Autobots of choice and they are great choices. I am a massive fan of the original series and the original Transformers The Movie Animated film. This has inspired me to do more transformer illustrations in the future, I had a lot of fun on this illustration and I am extremely pleased with how this came out. 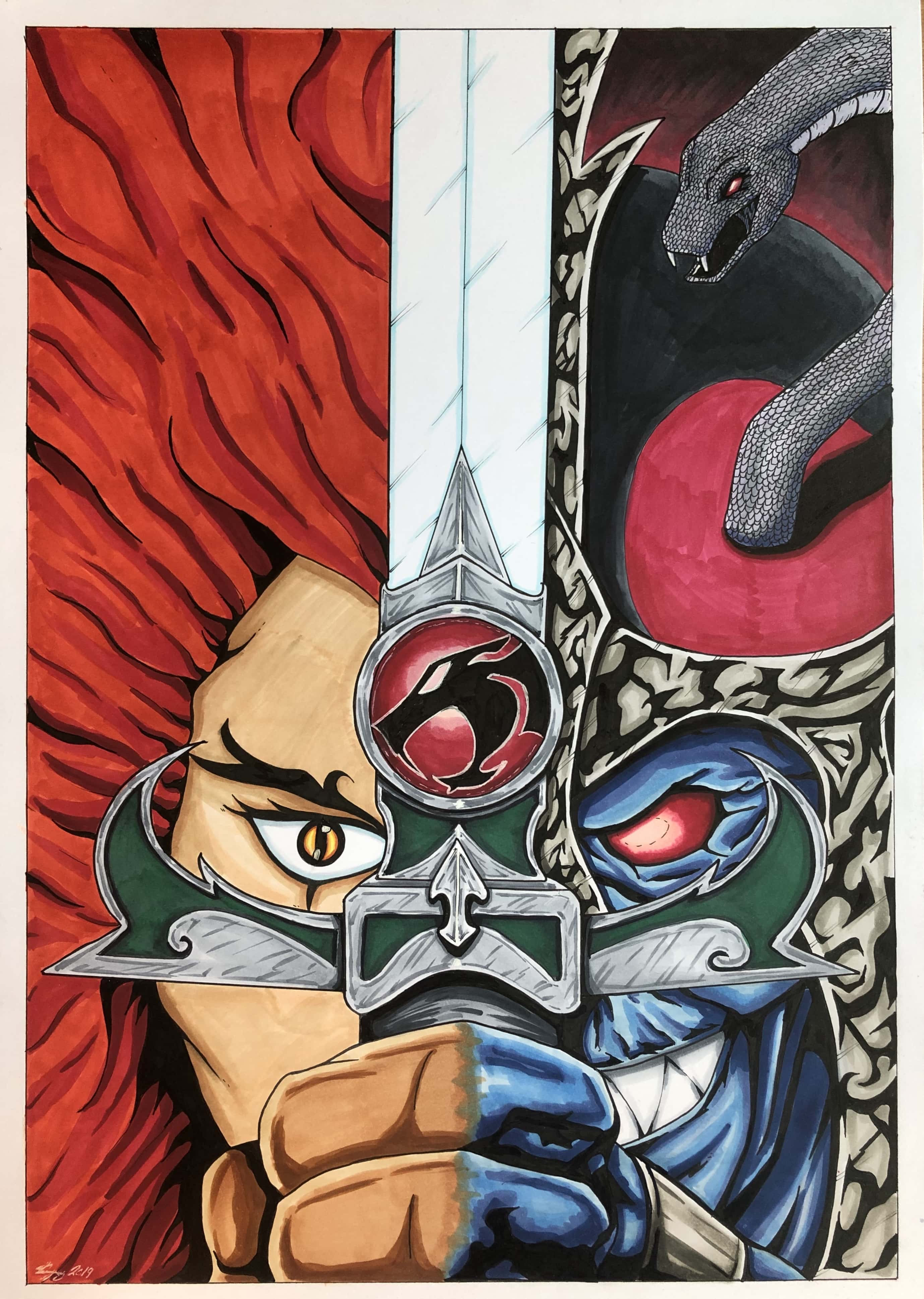 Latest Commission. Thundercats based on the original cartoon. The main focus for this piece is the sword of omens in the middle and then Lion-o and Mum Ra holding the sword. This is an A3 Illustration and was coloured using Copic Markers. I am really pleased how the colour and composition of this illustration came out. 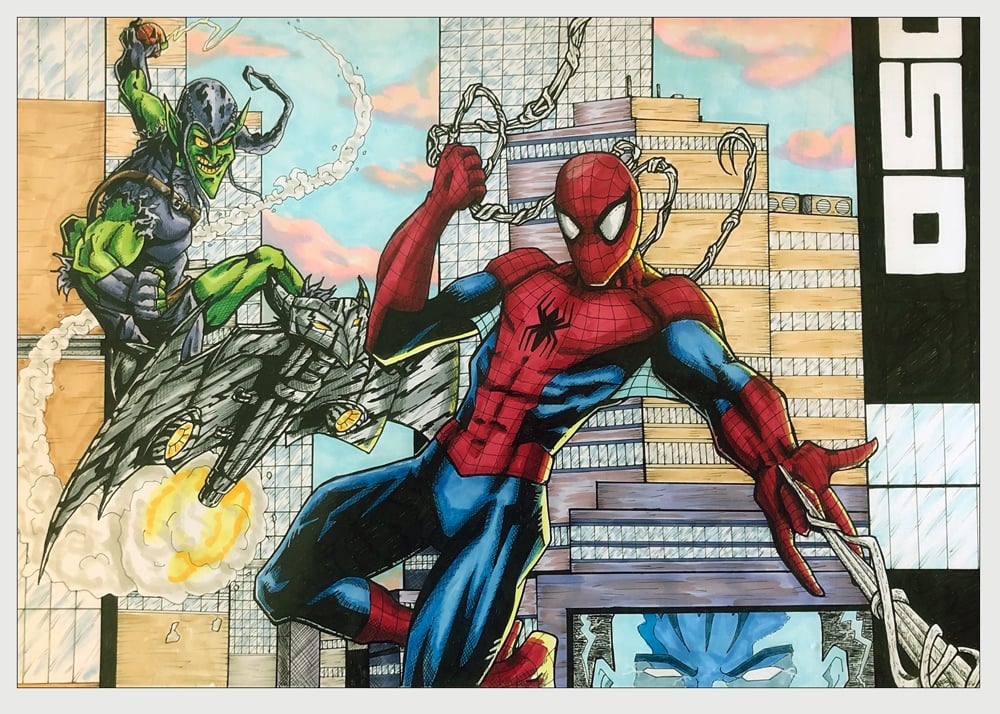 I create this Spiderman Illustration on A3 Bristol Board using Copic Sketch Markers, Pigma Micron Pens and Polychromos pencils. I decided I wanted to get the contrast on the inks right and the lighting right on this so I took the time to get the Inking right and the composition of the piece. I decided to try my hand at doing a city scene, the hardest part was getting the buildings in a good composition. I also found it hard doing so many comic style windows although simple in design they do take a bit of time to do.

However I am very pleased with how this came out both the inking and the colouring. I managed to learn a few new techniques while colouring using the Copic Markers as well as a useful technique for rendering clouds with Copics.

I also created a time-lapse video for the colouring of this Illustration. Below you can find a larger version of the final coloured illustration as well as the video of colouring this piece in. 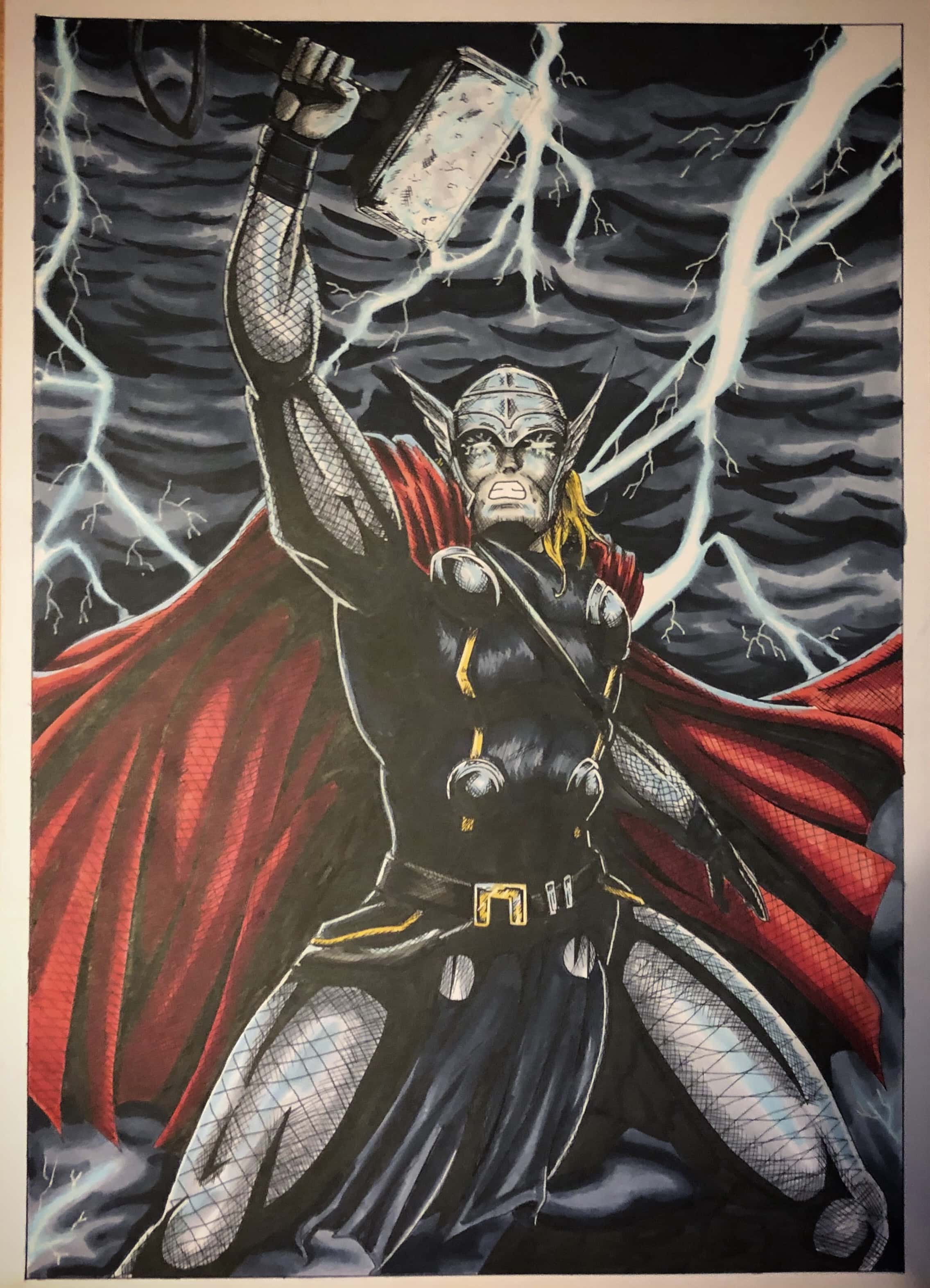 The God of Thunder – Thor. This illustration is A3 in size and was coloured using Copic Markers. This piece took around 9-10 hours to complete over a couple of days but was well worth it. I have been a fan of the God of Thunder for a long time and he is one of my favourite Marvel characters. I decided to have a go at creating an illustration of him in a more dynamic pose than i normally do, this allowed for a better contrast in the image between the light and dark composition as well as a balance with the attention being drawn to the centre of the piece.

As with the Spawn Illustration I did the shadows and inking first before starting the colouring process using copics. I was not sure about this piece at first once I started to apply colour but through perseverance I completed the illustration and it came out much better than I expected. A bit of irony was that the hardest part of this image was to draw Mjolnir (Thor’s Mighty Hammer).

I am also happy that this piece has found a good home as I ended up being sold after it was completed. 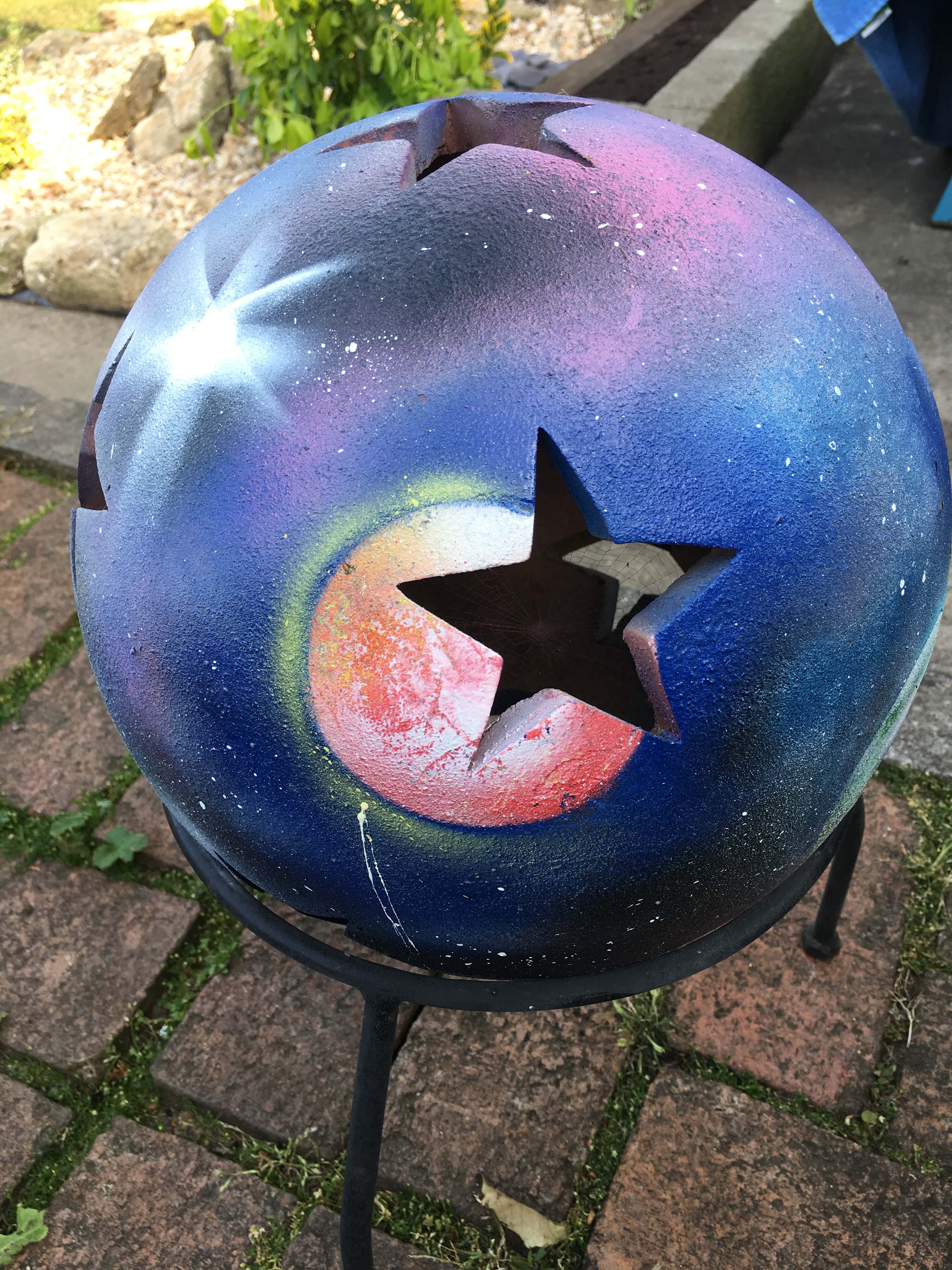 I did this as a piece for my mum. I enjoyed using spray paint and trying them out as a new medium and this piece came out better than I had expected. 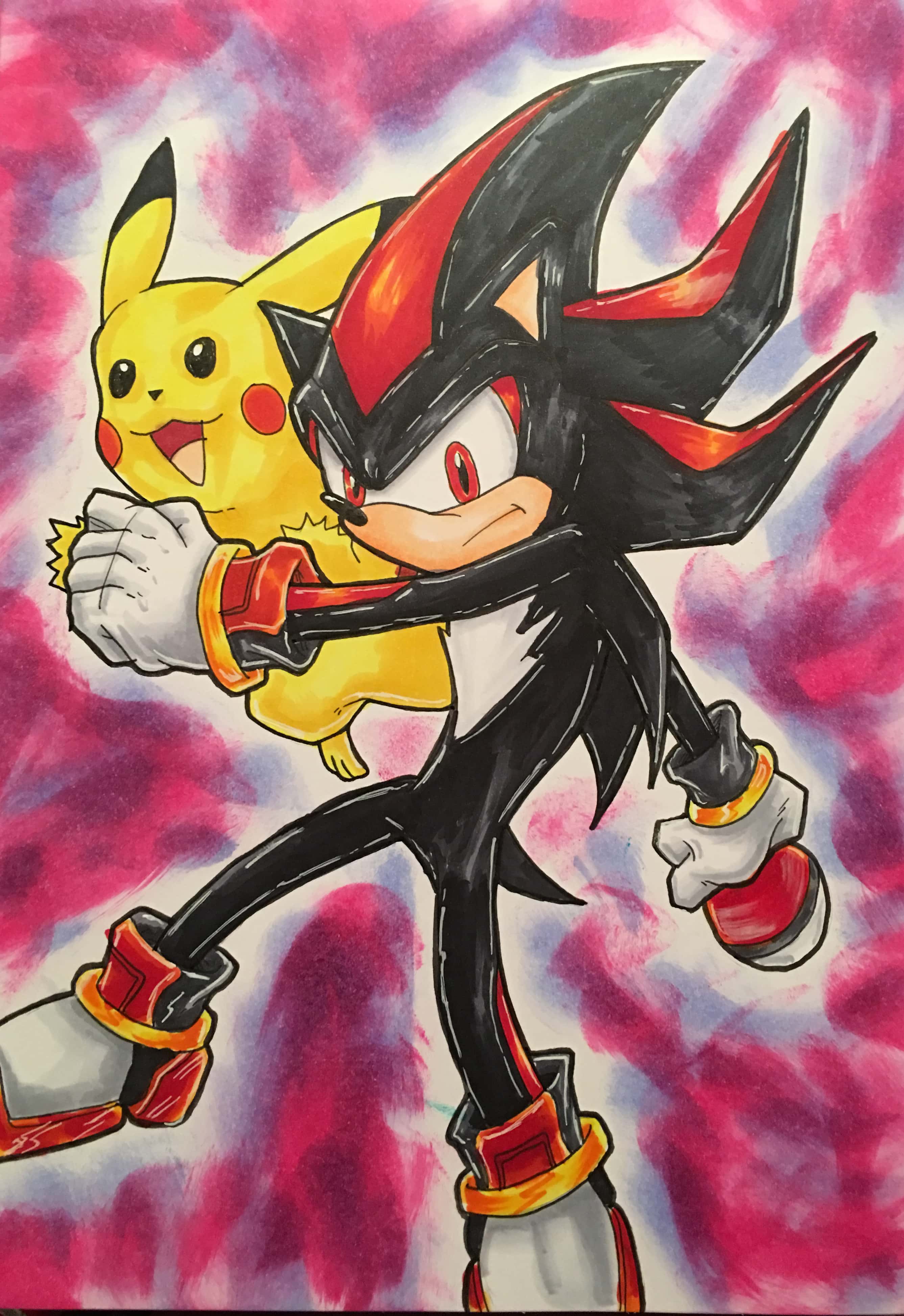 This one was a request from my 8 year old son to create a Shadow & Pikachu Illustration. This time I used Copic sketch markers and distress ink to create the feel for this piece. 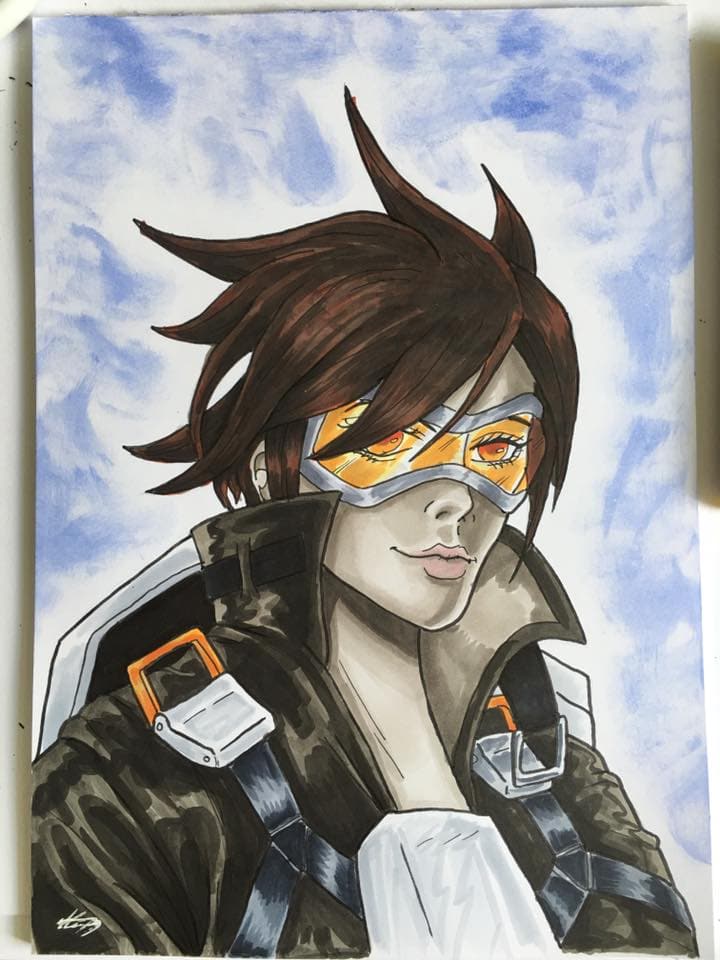 This is a Traditional Illustration of Tracer from the Ovawatch game. 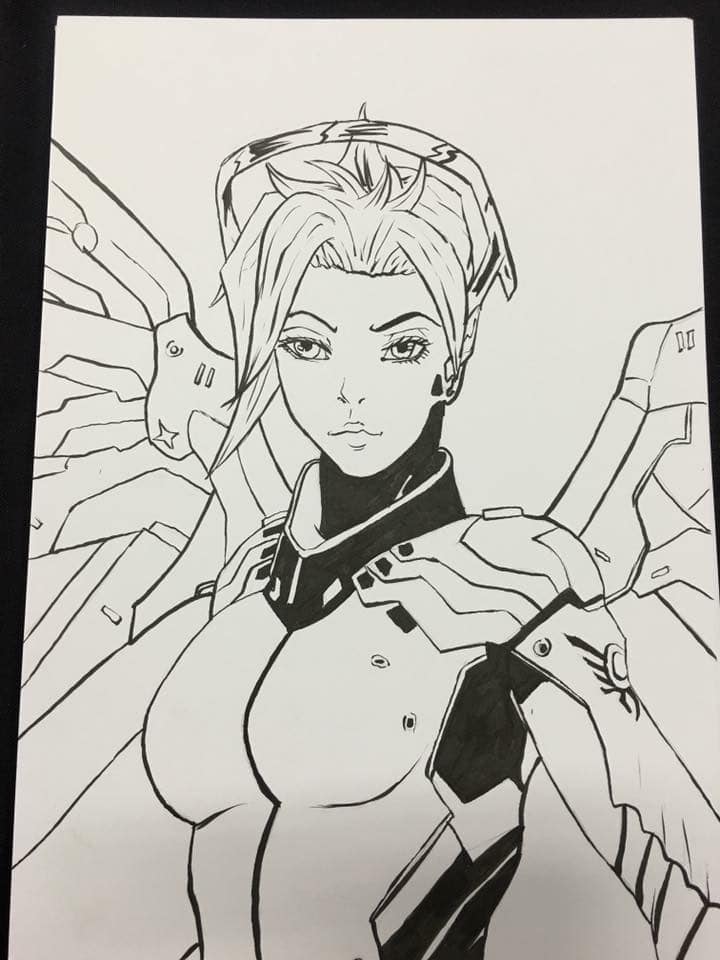 This is a commission I did at the 2016 Melksham Comic Con of Mercy from Ovawatch. 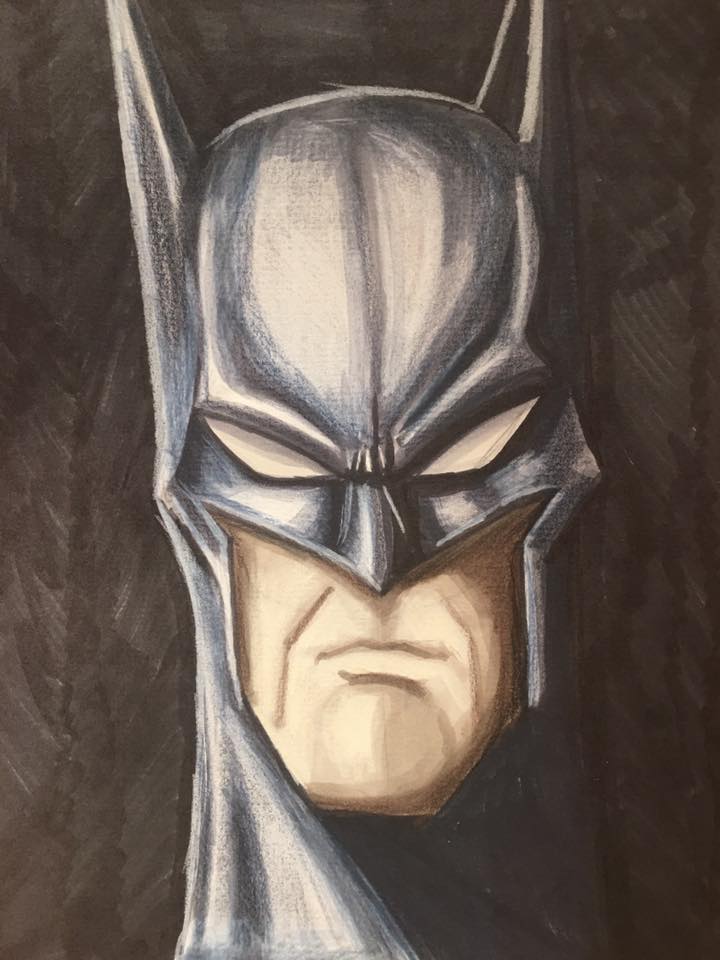 This is a Traditional Illustration of Batman (Head Shot) using Copic Sketch Markers and Polychromos pencils. I enjoyed doing this piece as I have always been a DC and Batman fan.

A commission I had was to create a classic Silver Surfer hand drawn as a traditional illustration. I used a Copic Sketch Marker base (shown in the image below) and then colour over the top using Polychromos pencils. This illustration is A4 and was definately one of my favourite illustrations / commissions of 2015.