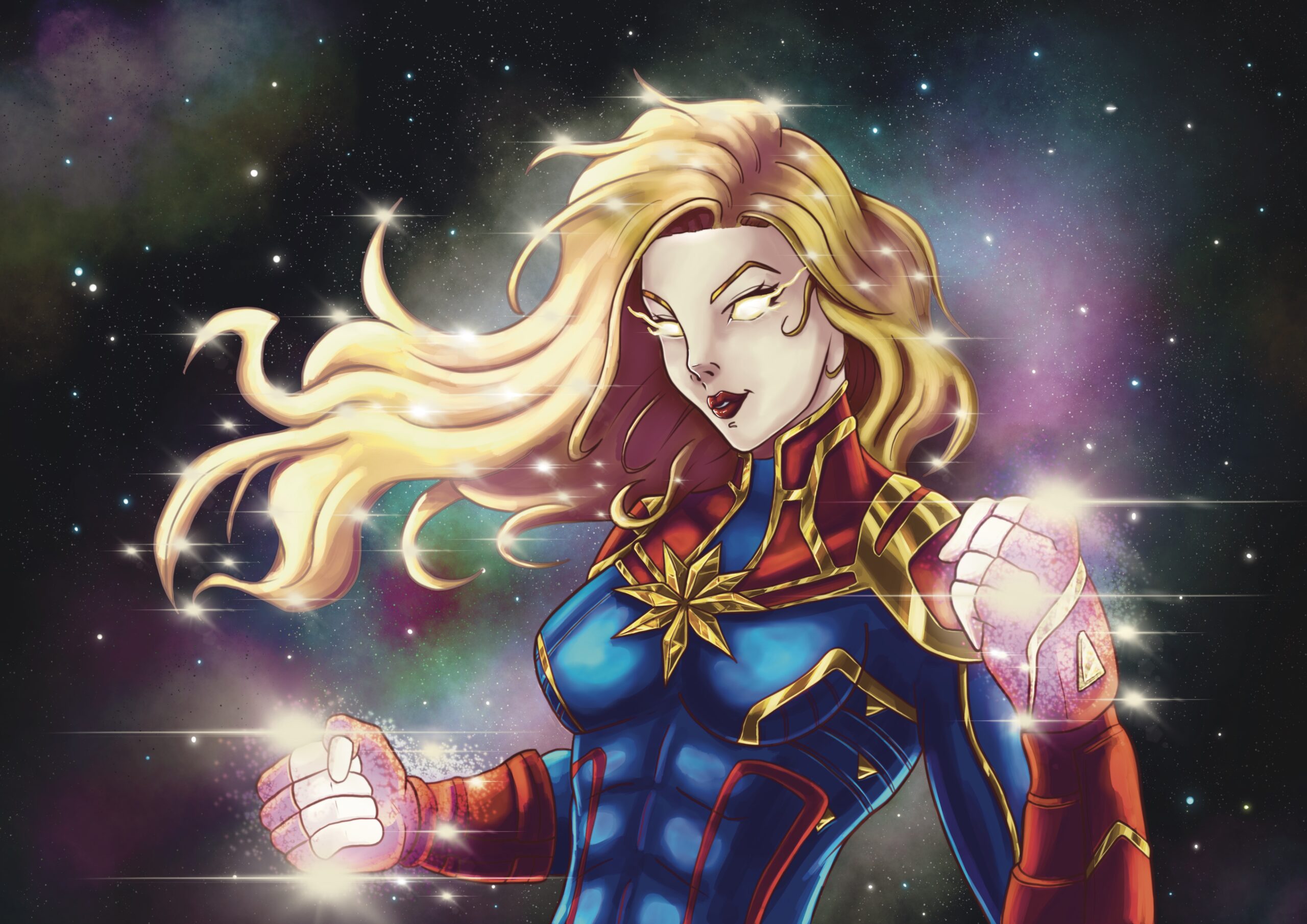 I have recently been rewatching the MCU (Marvel Cinematic Universe) and released that I have not drawn Captain Marvel on the channel, I’ve wanted to but never gotten around to it. I wanted to fix this so here it is, Captain Marvel.

I had to draw Carol Danvers (Captain Marvel) in a flying pose with some of the photon energy around her. I wanted to give her a strong pose but also a pose that suited the character. I will be adding her to other Multiverse Story Arc on the channel with the symbiotes at a later date.