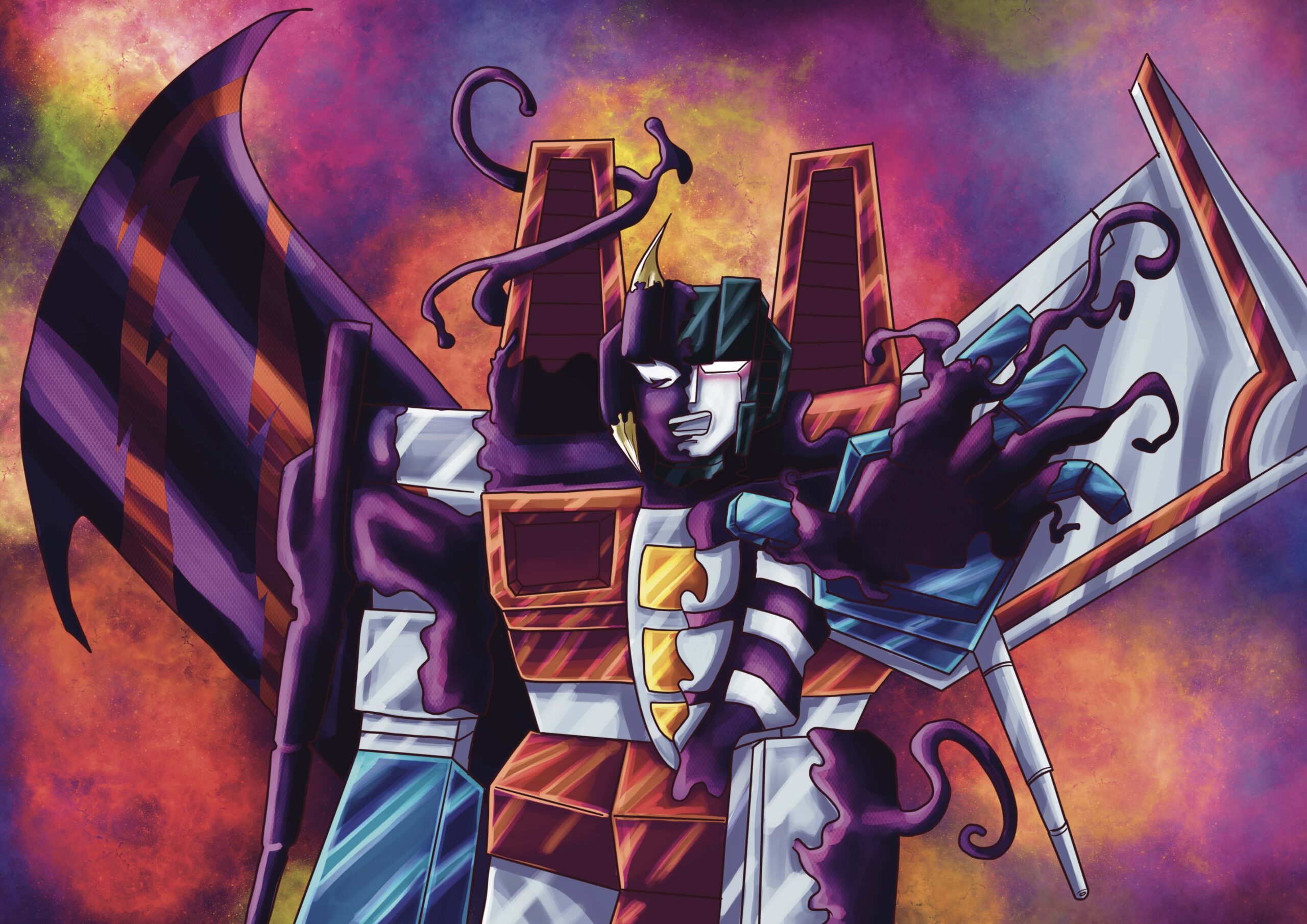 t’s been a while but we are back on the Multiverse Story Arc, where I take pop culture characters as well as other characters suggested by you guys and bring them together in a massive Multiverse, Venom-verse story. This time Starscream venomized is the illustration in this Maximum Venom speedpaint video with lore. This time continuing where we left Megatron and the Decepticons after they captured Venom. Back on Megatron’s ship, the venom symbiote was in one of Shockwave’s testing chambers that has an energy force field ensuring the symbiote can not escape while the walls emitted a low but steady acoustic pulse at the frequency that will weaken and leave the symbiote in a contained state….