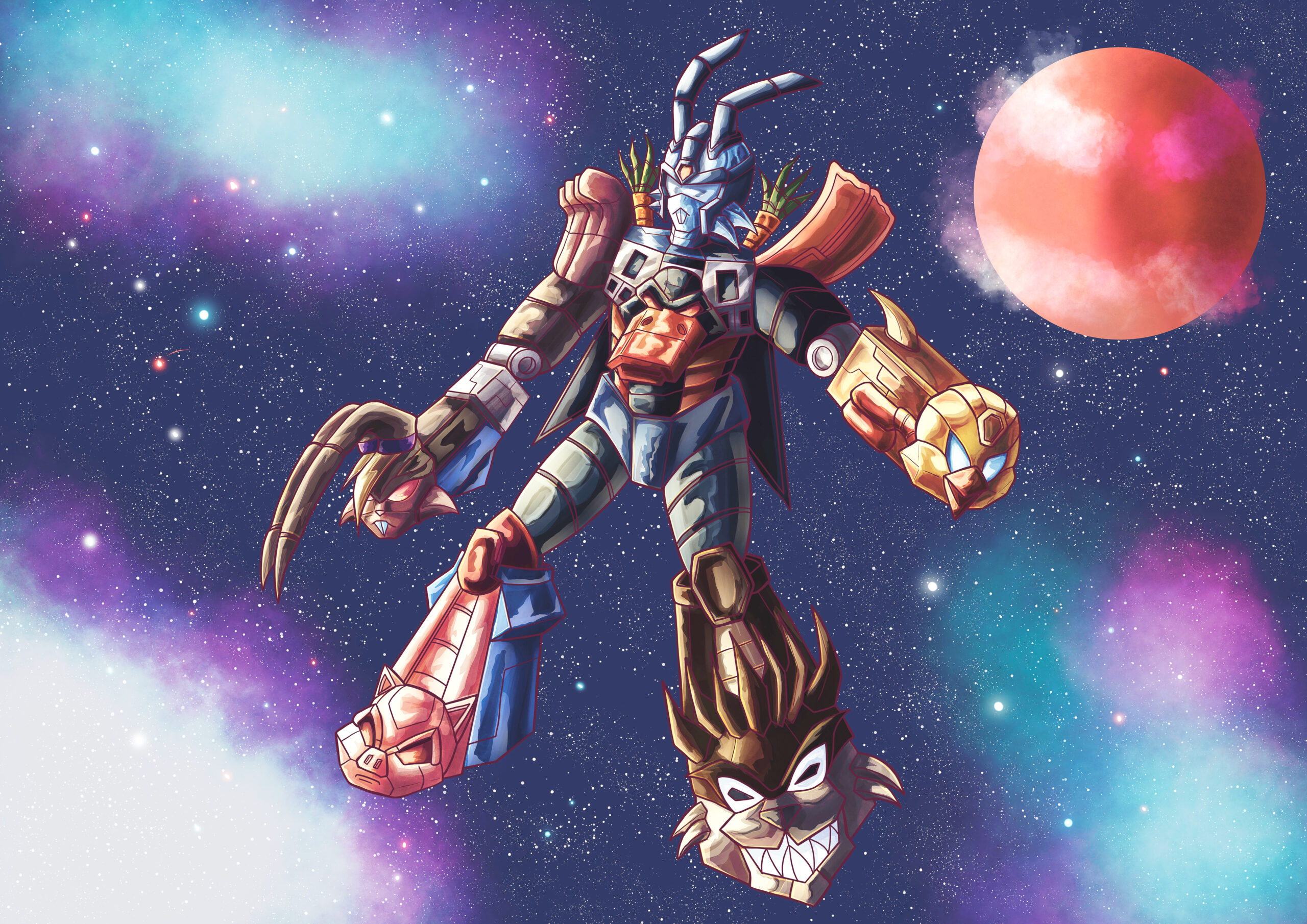 With the release of Space Jam New Legacy, I thought it would be fun to do what I haven’t done before on the channel… something Looney Toons related. I take Bug Bunny, Daffy Duck, Tweety, Porky Pig, Lola Bunny and Taz and turn them into transformers but not just a bunch of transformers, The Saviour of Galaxies – Loonius Supreme, Legendary defender and hero of the Last Cybertronian Wars.

I had a great time working on this one and I am absolutely over the moon with how this one came out. I think it’s an epic twist to the Looney Toon saga and one of my favourite original illustrations I have done so far. I hope you all enjoy this Digital Speedpaint Video

The Saviour of Galaxies – Loonius Supreme – the legend
———————————————————————————————–
Aeons ago there was a group of heroic transformers known as the Toonicons, this squad consisted of 6 members, Daffius Prime, Lola C, Porkius Maximus, Wind Devil, Tweetycon Alpha, and the leader Bugs Omega. This team of Toonicons were known throughout the galaxy and even on Cybertron as heroes who helped end the first cybertronian wars in recorded history.

But what wasn’t known to all but a few trusted Primes, was that these 6 members would combine to form Loonius Supreme. Loonius Supreme in current times is thought of as nothing more than a myth or rumoured legend as this transformer has not been seen since the great war on Cybertron, no one knows where he went or if he even existed.

But tales are told of this giant transformers heroic deeds in stopping the war on Cybertron and many other transformer civilizations in the galaxy. But there was also something rather unique in the tales of this great Cybertronian hero, this has also lead to the rumours that Loonius Supreme was not real among some transformers.

For you see, the tales of old although consistent about the name and power of this gigantic transformer…. had an inconsistency, the images recorded and description of this hero varied there was even mention of a female Loonius Supreme in some tales, and it was as though there were many gigantic transformers using the name Looinus Supreme. There seemed to be a common element all the forms were similar but what looked like parts on the arms, were on the legs, the head was different in some tales.

Some transformers thought that the records had been damaged or misrecorded over the aeons. Others thought that it was a story to stop the war and Loonius Supreme was a made-up construct. However, this was one of the unique and amazing abilities of the Toonicons, they were able to not only combine to form Loonius Supreme but they were also able to change the order in which they combined creating 6 distinct and unique forms.