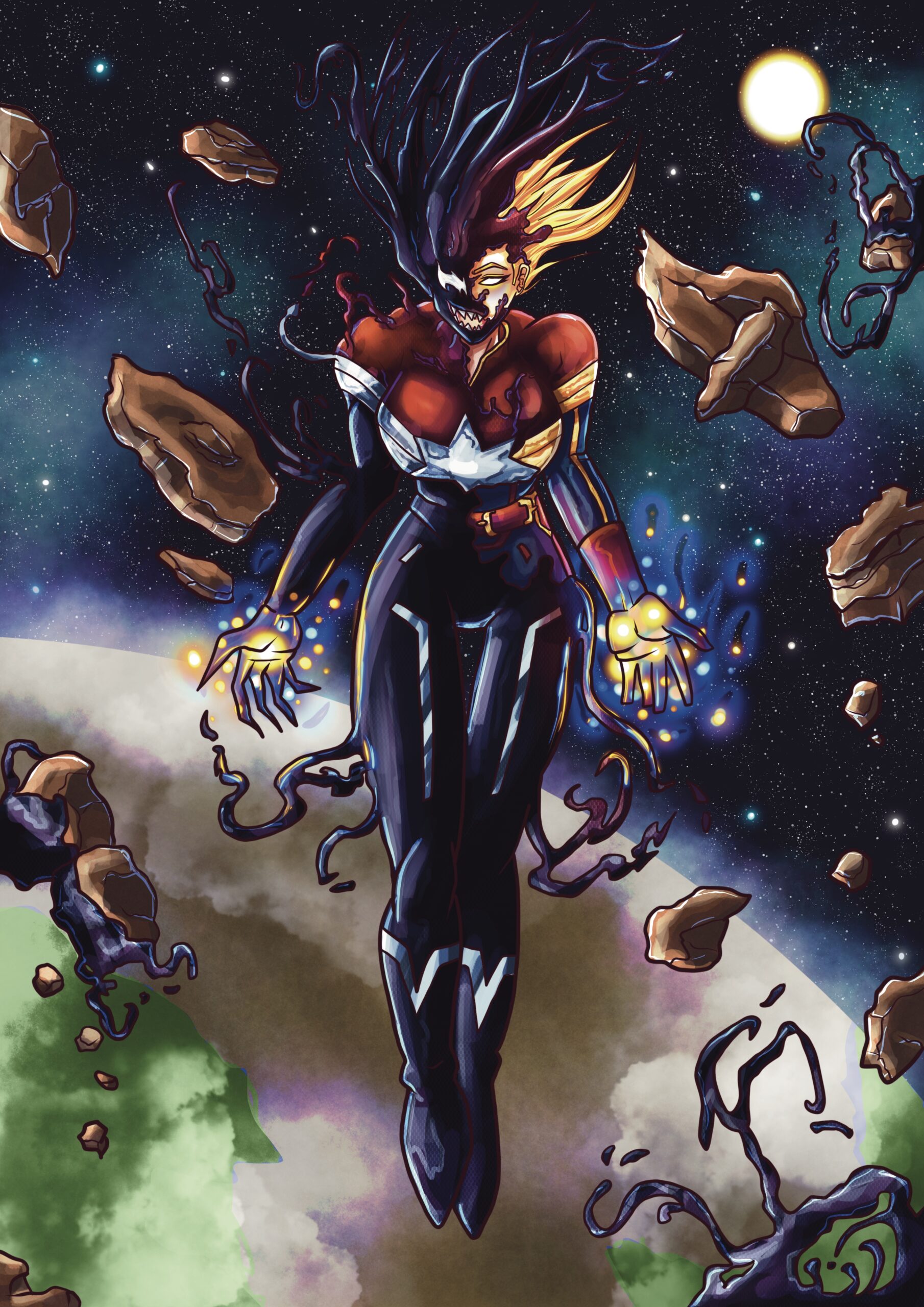 As voted for by you guys, the next instalment of the Multiverse Story Arc see’s Carol Danvers, better known as Captain Marvel. And here it is Captain Marvel joining the venomized crew as our Story Continues. I had a lot of fun on this illustration and I am super excited about how it came out. I also spent a bit more time on the background and think it adds to the composition of the final Illustration.

Multiverse Story Arc – Continued
————————————
Carol Danvers more commonly known as Captain Marvel, was in space patrolling the galaxies in her sector, ensuring the peace was kept within all the civilizations under her jurisdiction. She was heading towards Salia, a planet on the edge of her sector, she had intercepted a Salian communication that a giant meteor was heading towards the planet and there was no way to stop it.

Gathering as much energy as she can into her photon blasts and shot a powerful beam from her fists at the meteor, the blasts hit with a massive explosion on the meteor’s surface and the meteor started to slowly slow down as the impact area from the photon blasts began to increase in temperature and the surface began to crack and break away…