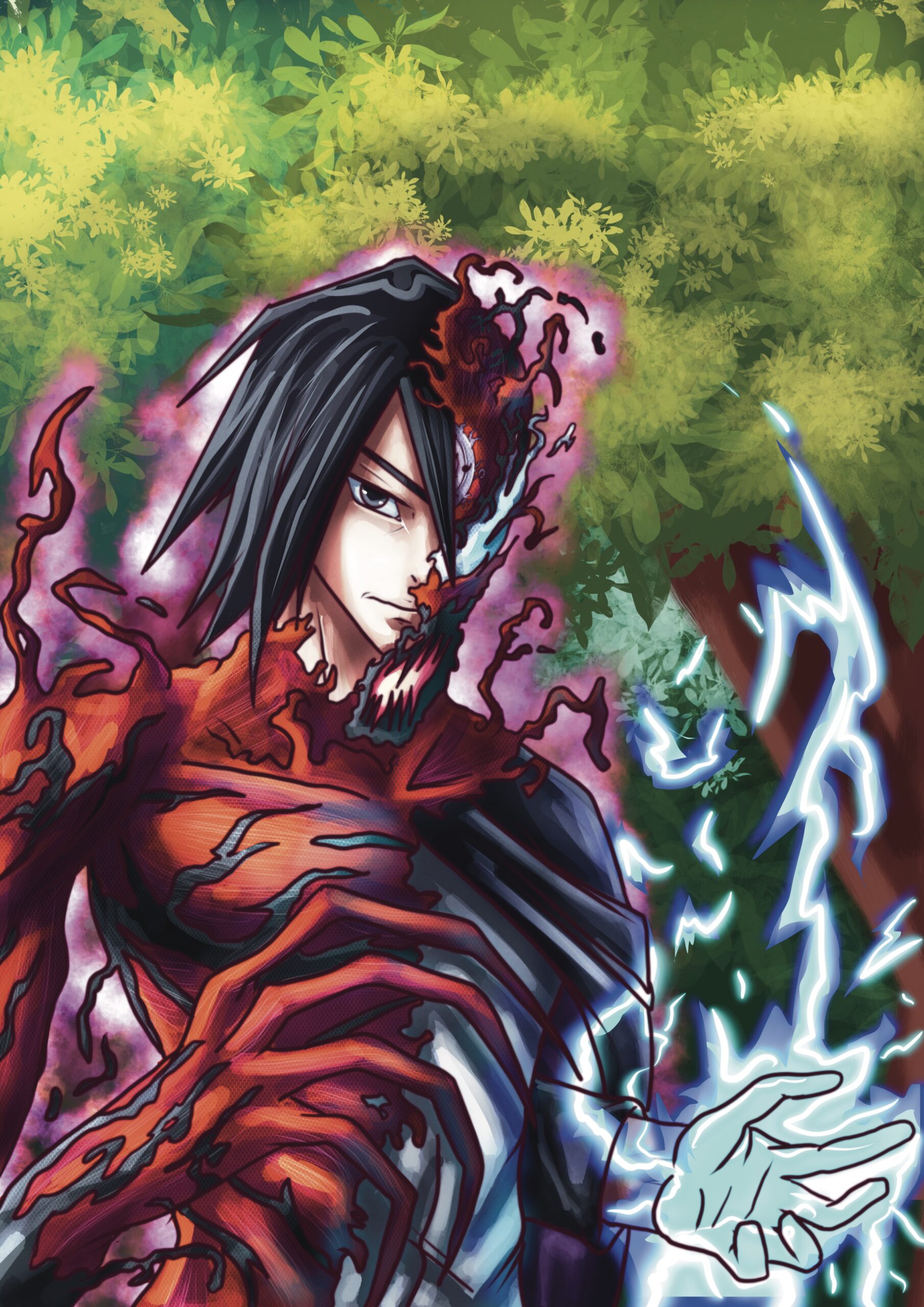 After doing the Wonder Woman Carnage illustration I really wanted to re-do an illustration of Sasuke Uchiha from the Naruto Series with a bit of lore and a Carnage Symbiote. I had an idea in mind and wanted to add the rinengen to the carnage symbiotes design giving the symbiote the powers of the Uchiha clan with the already terrifying and crazed Carnage Symbiote.

I really enjoyed coming up with the story for this illustration and I think it would be how the encounter could go with Sasuke was training as well as one of the few ways that the symbiote could get the better of Sasuke to merge with him. I hope you enjoyed this speedpaint Illustration of Sasuke Uchiha in this Asbsolute Carnage story.

Absolute Sasuke – Origin Story
————————————————–
Sasuke was out away from Konoha Village training to improve his mastery of the rinengen. He decided it would be best to train away from the village while on his journey to discover what type of Ninja he wanted to be, now that the 4th great Ninja war had ended and Kakashi was the Next Hokage.

Sasuke was keen to explore the limits of his new eye powers, particularly the space-time ninjutsu that allowed him to visit other dimensions and locations. He believed that even in this time of peace it would still be useful to continue his training as well as to master his new abilities.

Sasuke began to open small portals into the other dimensions, he first started with the dimensions he felt while battling in the 4th Great Ninja War, with very little effort he was able to open a small portal to these dimensions but it did consume more chakra than he had anticipated.

Not being one to take it easy Sasuke pushed his limits and opened up a small portal to what looked like a hellish realm and would best be described as hell with fire everywhere and what looked like strange red and black creatures with tendrils coming out from their bodies and a kind of insane and deranged look on their faces.

All of a sudden, what looked like the Leader of these creatures (the largest one) turned its gaze to the portal, looking right at Sasuke before letting out an ear-deafening scream. Sasuke was in no condition to fight and went to quickly close the portal with the small amounts of chakra he had left. As he closed the portal one of the creatures managed to get its hand through before it was cut off and left on the ground in front of Sasuke not moving.

Sasuke sat back and took a minute to catch his breath and before he knew it the red and black tendrils on the creatures had had shot out towards him. He went to block the creature, but it just stuck to him and started to wrap around him. Sasuke tried using Chidori to remove the creature, although it made parts of the creature retreat, it wasn’t powerful enough to stop it. The creature finally engulfed and merged with Sasuke giving him a new form of red and black.

Once the creature had finished merging it looked to where the hand was and the portal had been, and with an arm held out it re-opened the portal to the dimension to let rest of its kind through into this realm…….